Sekinoo-taki falls on the tributary Shonaikawa River in the Oyodogawa River, and consists of Otaki (width 40 m, height 18 m). There is a suspension bridge in front of the waterfall, allowing you to see the waterfall up close, and depending on how far it is splashing and sunlight, you can see the rainbow. Dynamic waterfalls will not get bored if you look for a long time. The amount of water also changes with the season, and shows various expressions.

It is designated as one of the 100 waterfalls in Japan. Otaki(male waterfall) and Metaki(female waterfall) are man-made waterfalls created by digging rocks during the Meiji era. Otaki is a water intake in the north front canal, and Metaki is a spillage water, and it is said that a wish of marriage is fulfilled from old days because it is a pair of waterfalls that can not be cut off. 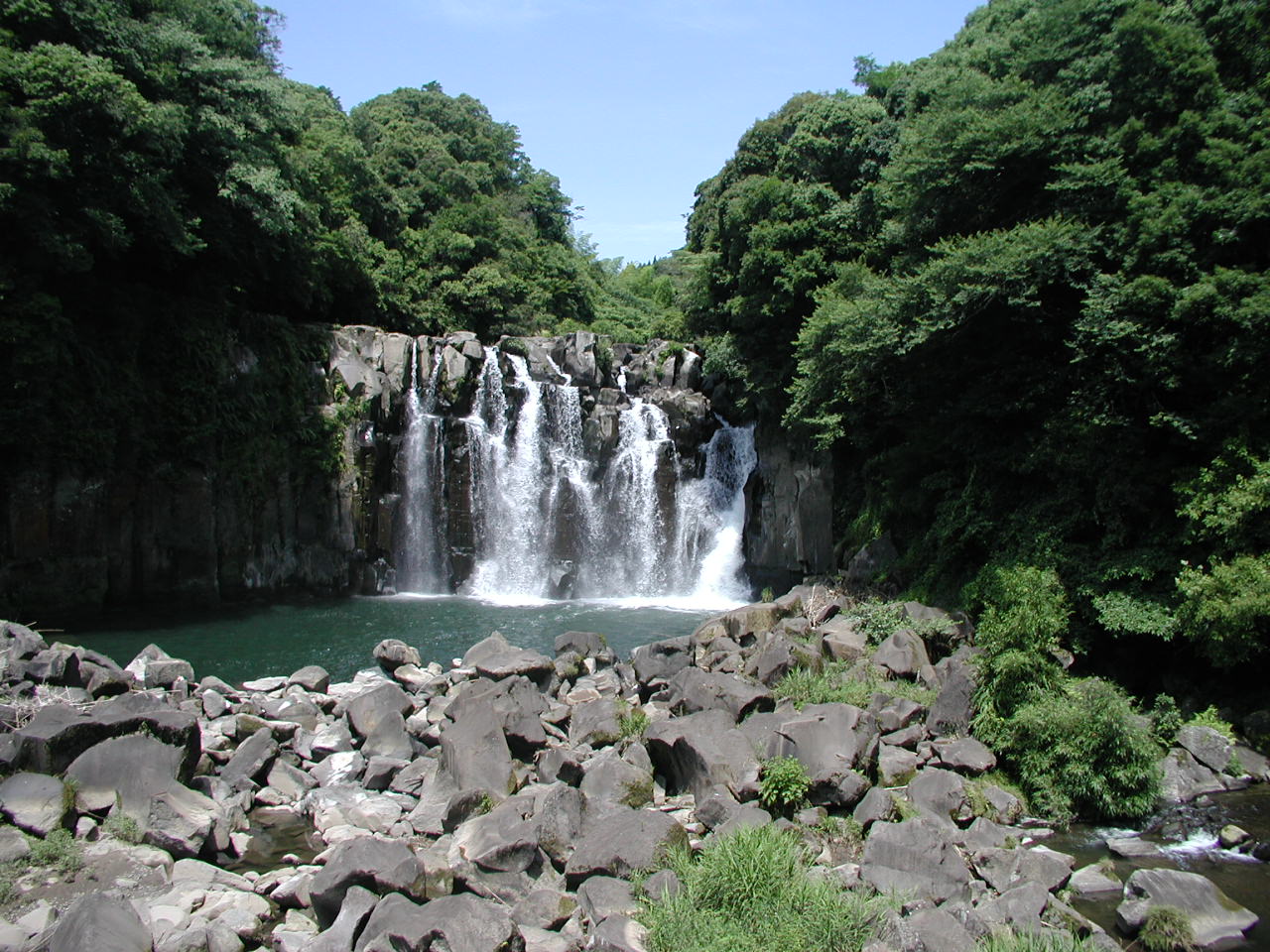 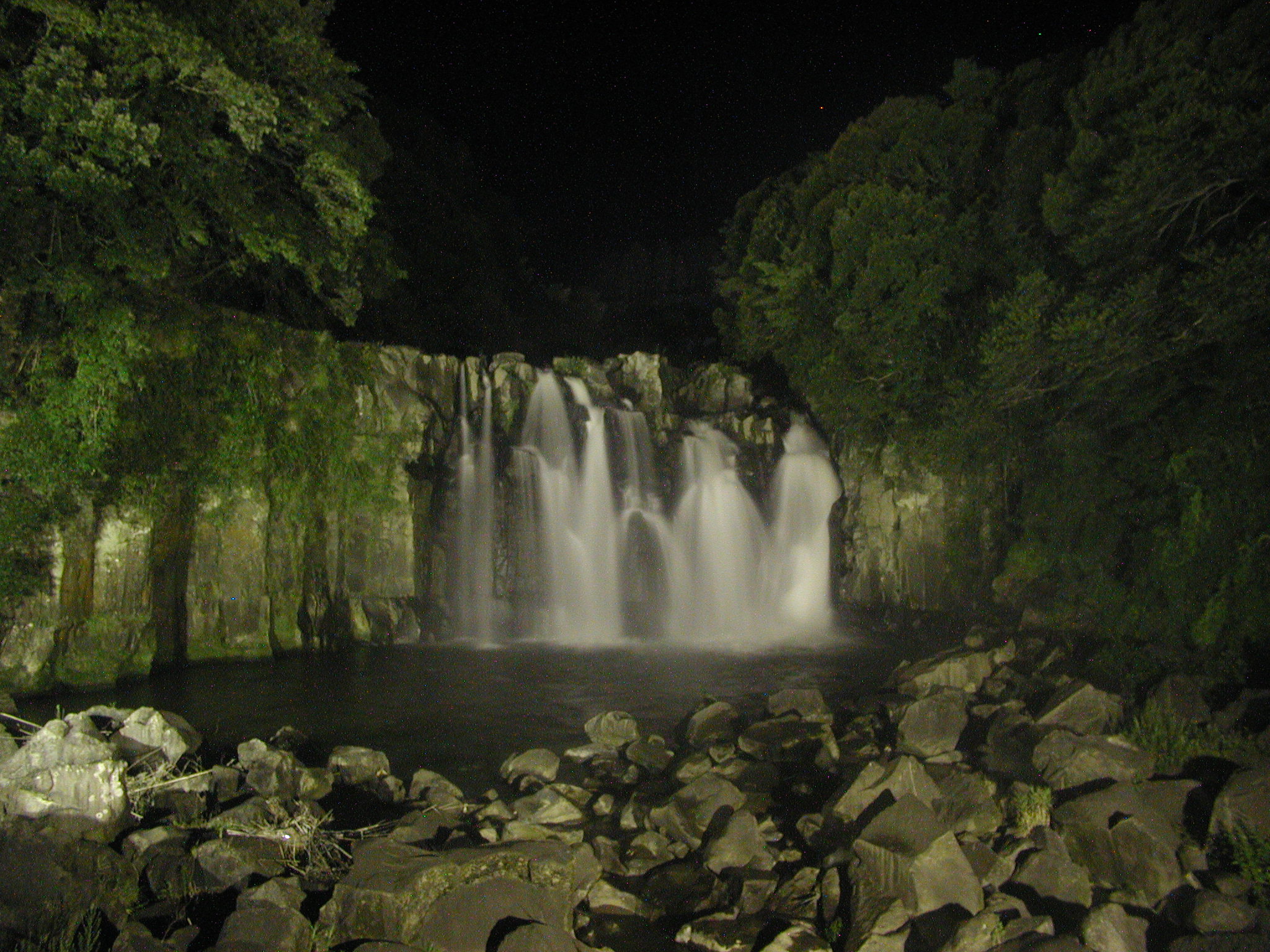 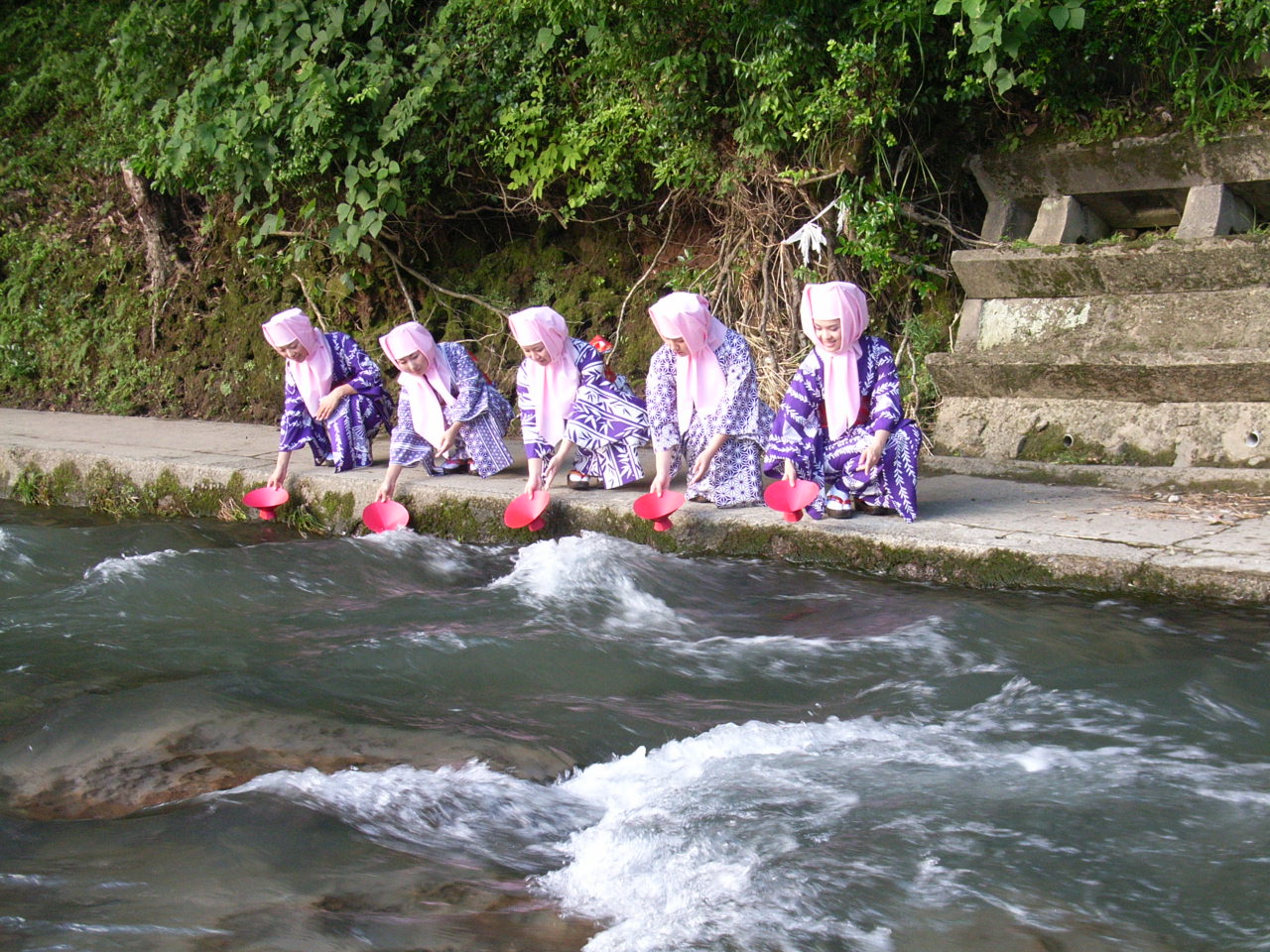 Upstream of the waterfall is a group of pothole. The clear stream which flowed out of Kirishima Mountain Range flows into the welded tuff layer made of Kakuto pyroclastic flow 340,000 years ago, and it was formed by turning of small stone and rock fragments by the power of water over a long period of time. The potholes that can be seen in many cases is a collection of small bottle-like holes that extend over a length of 600m and a maximum width of 80m, and its scale and number of pits are unique in the world. Designated as a Natural Monument of Japan.

The cause of the potholes. Stones enter the small depressions, and the stones spin in a stream of water, which cuts the holes into potholes. 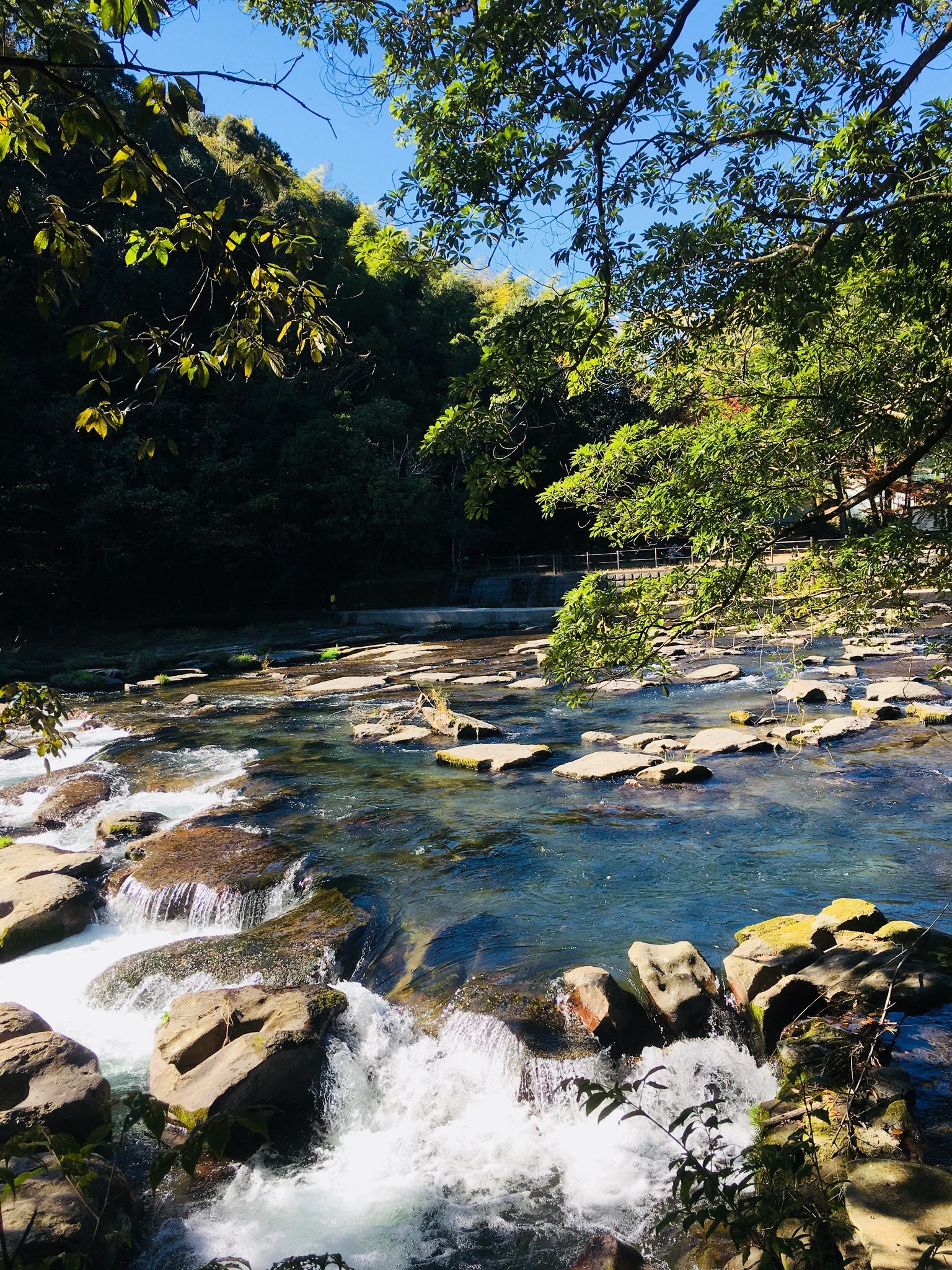 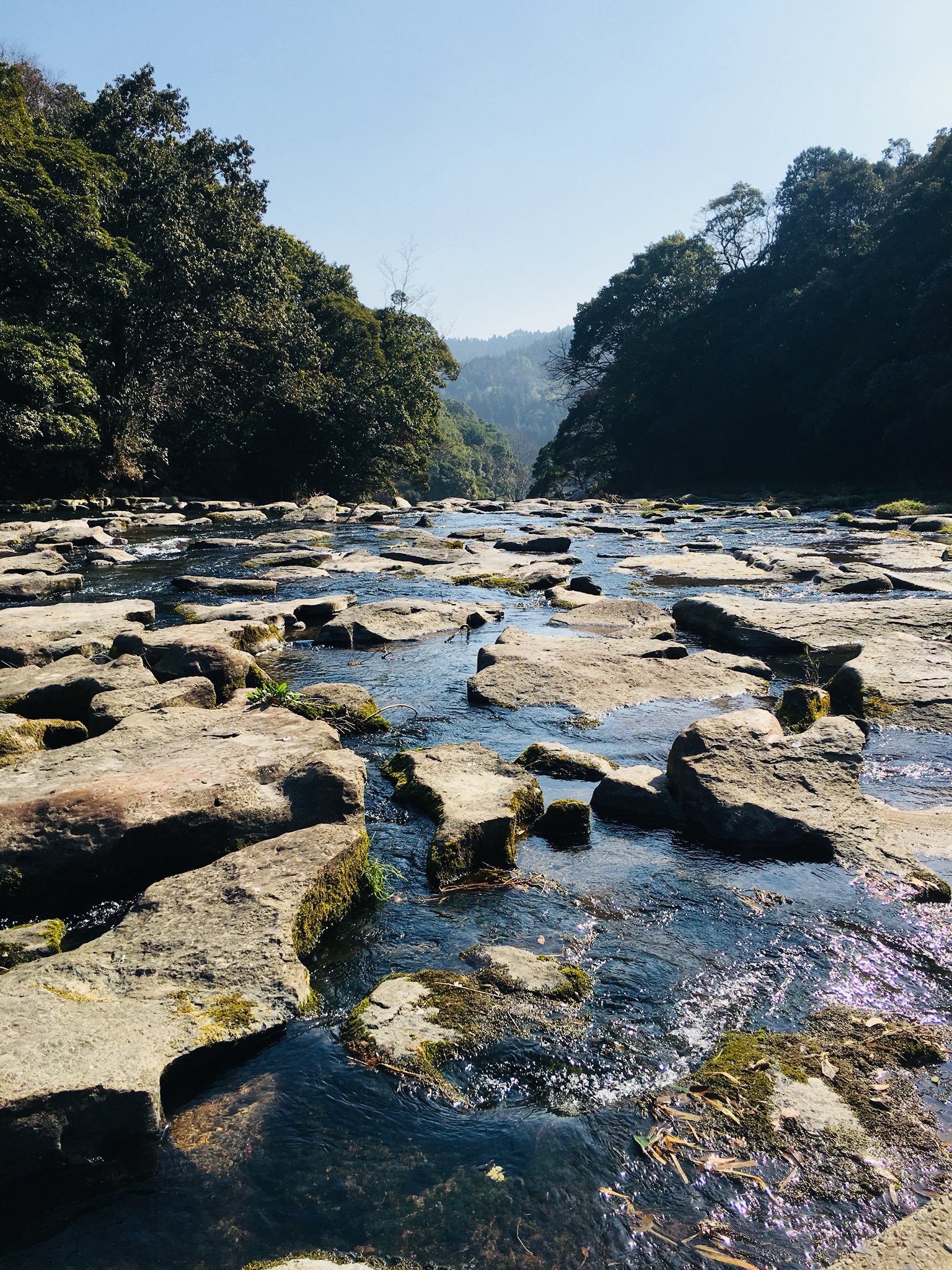 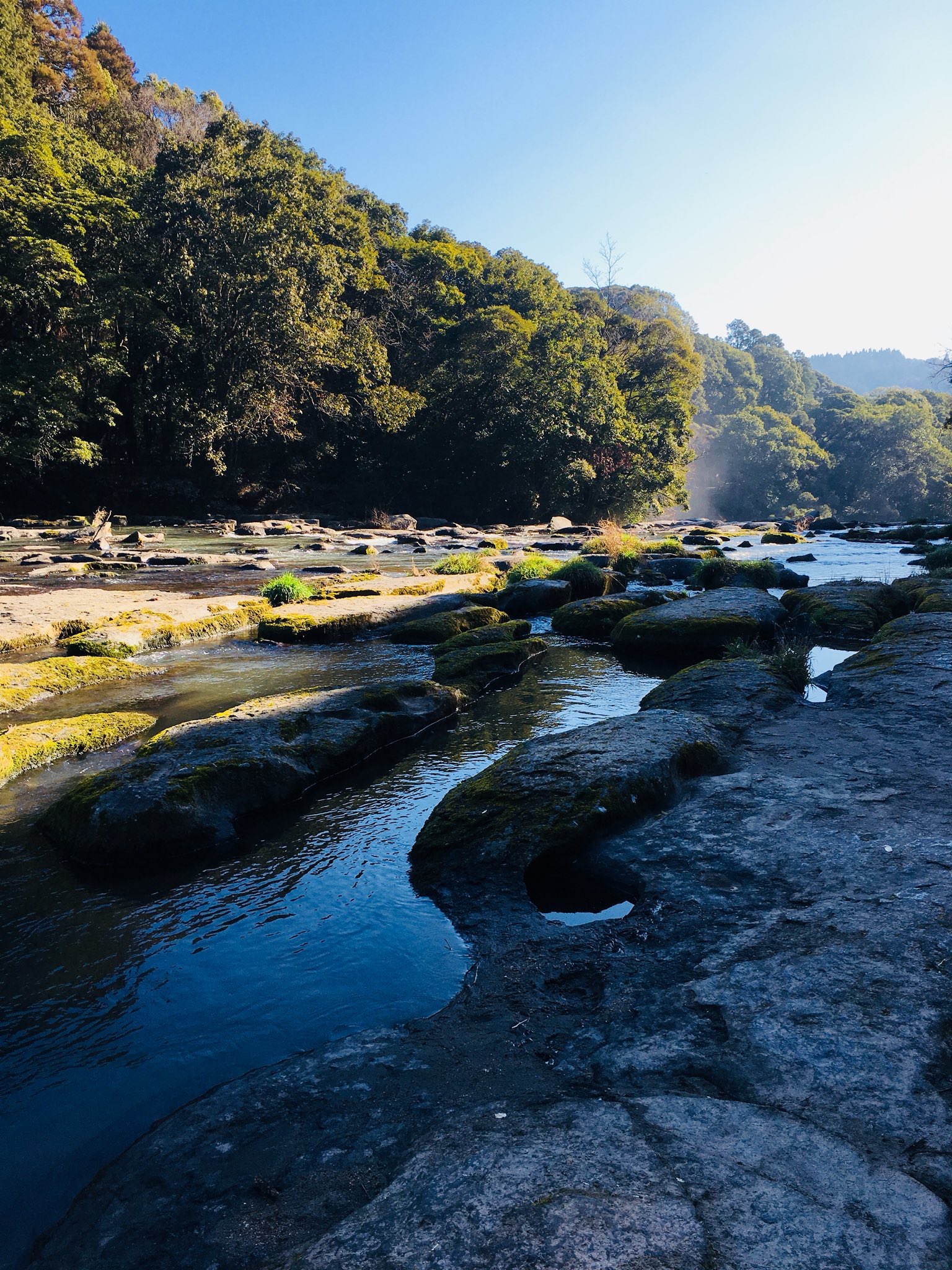 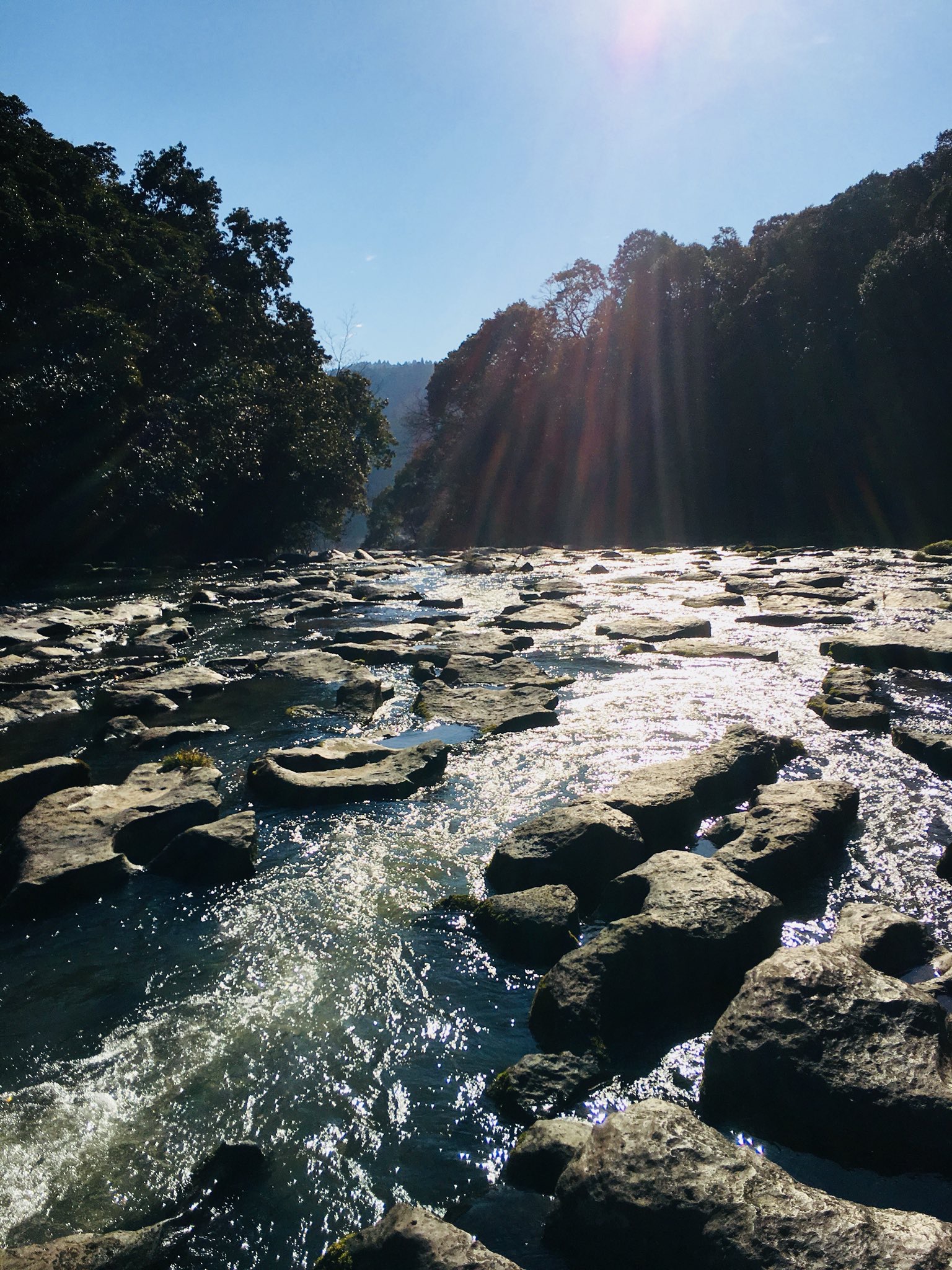 When you come from Miyakonojo city, there is a “Takino-eki Sekino-o” at the entrance of the Sekinoo Falls. Takino-eki means a shop and restaurant of the waterfall which is rare in the whole country. As souvenirs, local products are kept, and there are limited products available only here. Concentrated soft cream is popular, and it is recommended after taking a look at waterfalls and potholes. There is a “Taki no Chaya” restaurant where you can dine, and enjoy “Ga-ne Udon ・ Soba” featuring local cuisine “Ga-ne”. If you take a walk while watching the Sekinoo Waterfall and the Potholes, you will arrive at the Midori no Mura park located upstream of it. The Midori no Mura is a leisure facility literally surrounded by greenery, with Cabin bungalows, shops, tennis courts, a swimming pool, and barbecue and somen nagashi (Wheat noodle eating). Due to the public establishment, the usage fee is also set low. In spring, you can enjoy cherry blossoms, shakunage, autumn leaves and natural beauty through the four seasons. 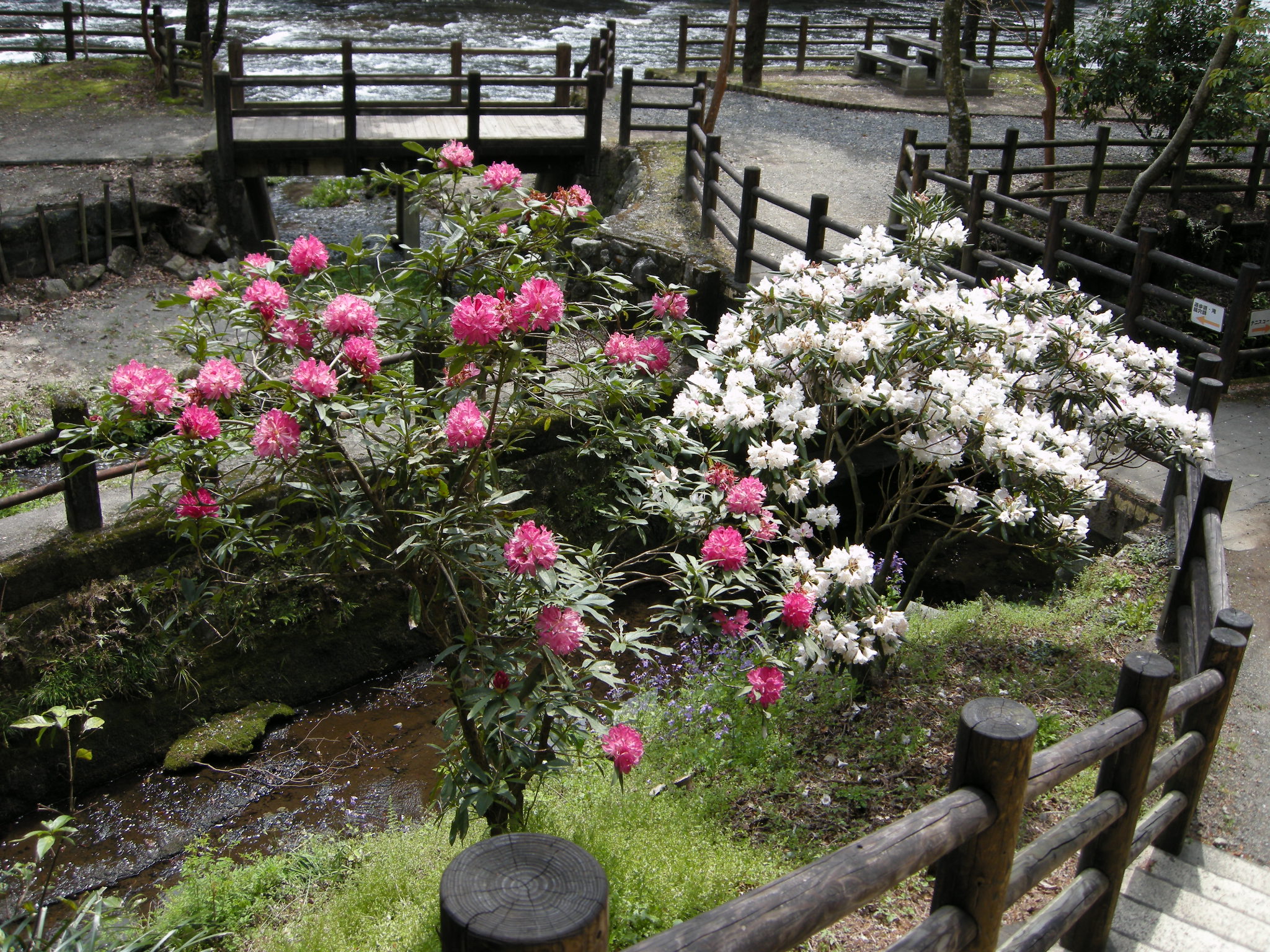 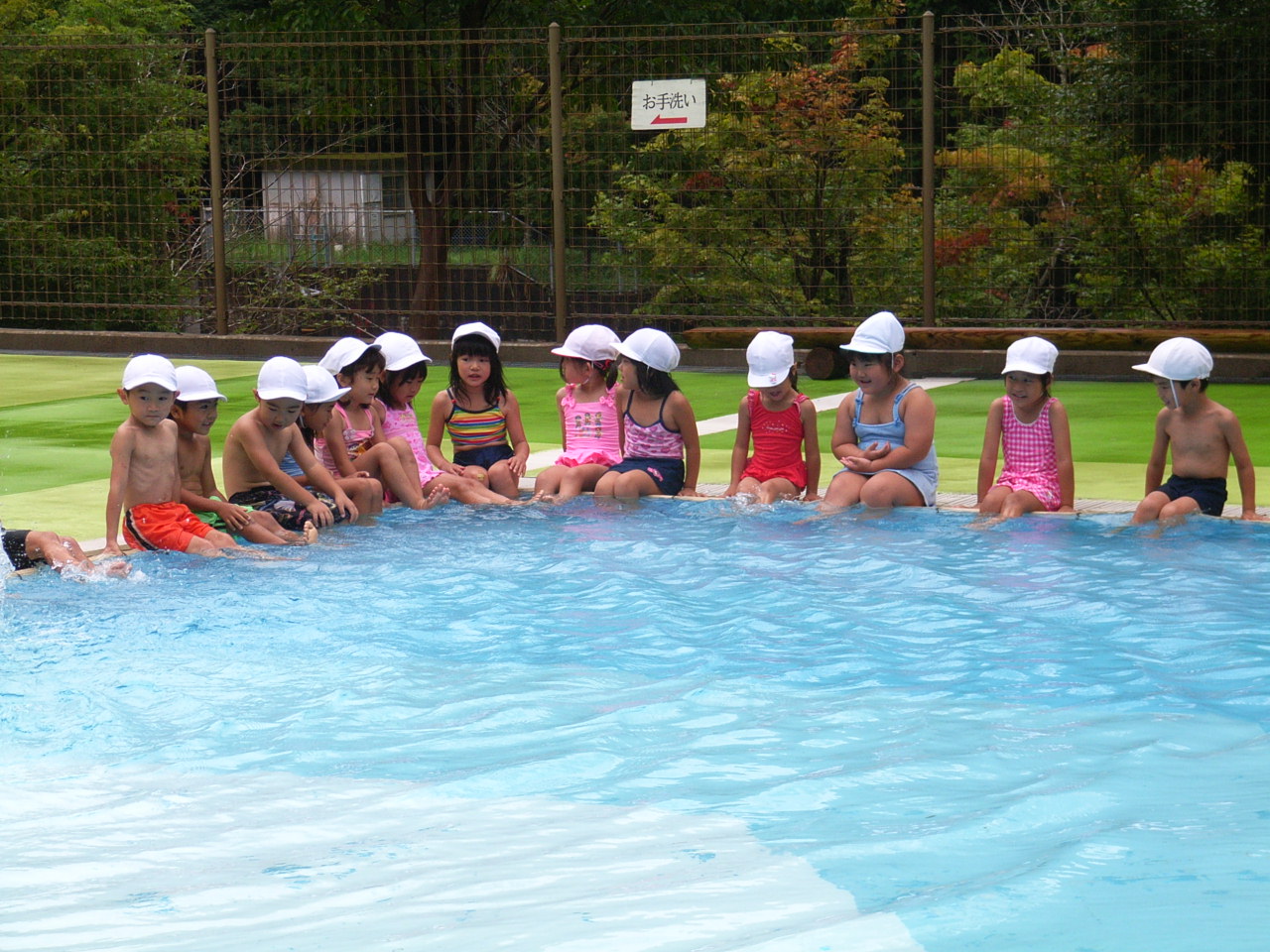 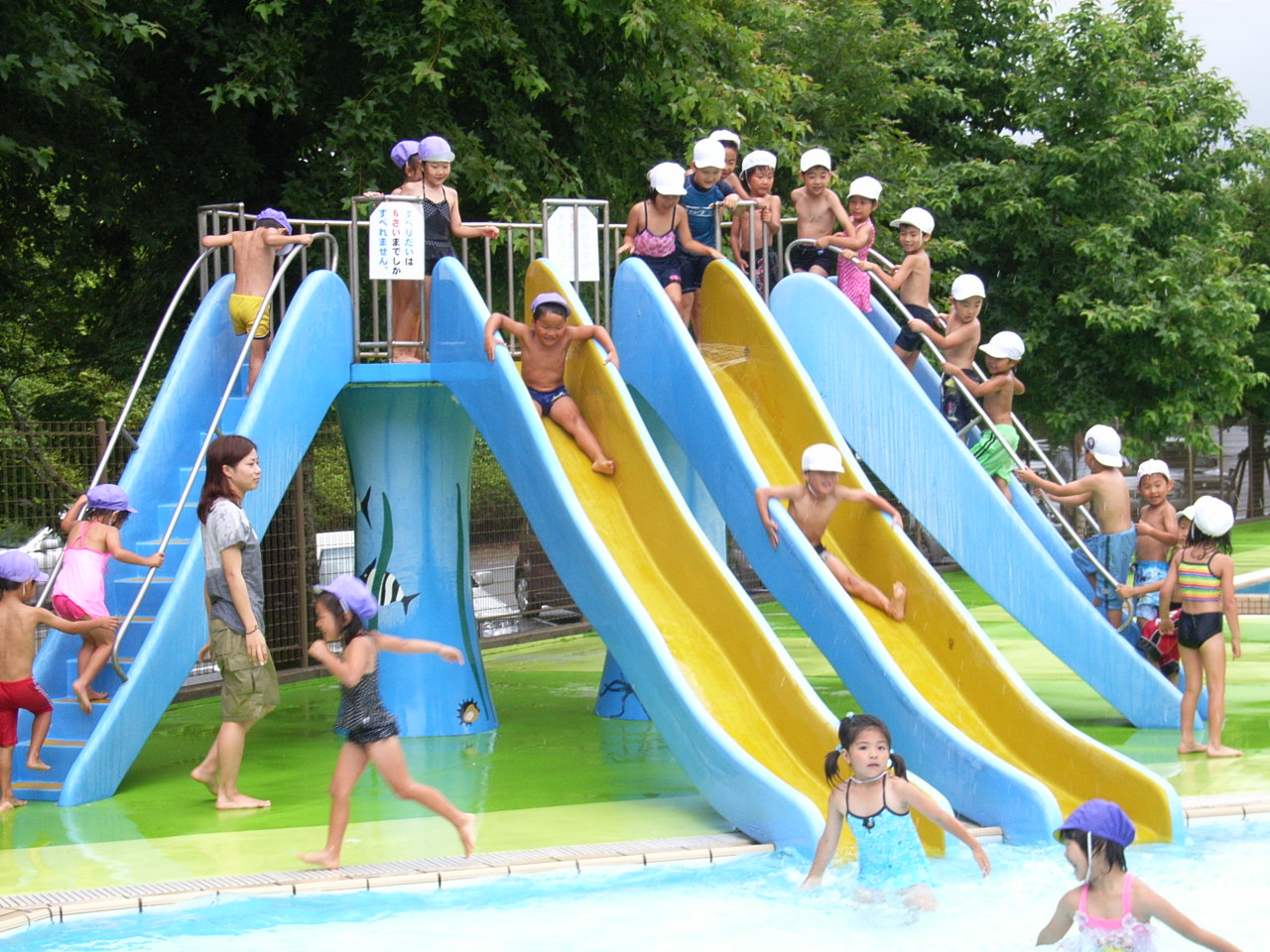 Facilities of Midori no Mura Park

It will be closed during the New Year holidays (December 29-January 3).